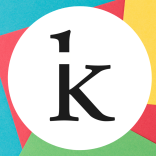 Chrissy Teigen had been hinting since last week at how unhappy she was with her latest interactions on Twitter, but earlier today; in a series of tweets she announced she would be leaving Twitter due to the negative impact it was having on her. “It’s time for me to say goodbye. This no longer serves me as positively as it serves me negatively” wrote Chrissy.

I joined Facebook at 28 years old. I have learned way too much about the lives and opinions of acquaintances and old co-workers. What used to take several hours of conversation and weeks of hangouts now takes me the two seconds it takes to open my phone and push a button with my thumb. Before I even get to helping someone move, trying Indian food with them, or going on a hike, I can know who their parents are, who they voted for, if they’re married and happy or married and unhappy, what their favourite band is, what they binge-watch when they’re stressed, and even their day-to-day thoughts (sometimes minute-to-minute.)

Without any genuine curiosity or interest, we can mindlessly scroll through an entire collection of personalities like a discount rack of people at an old outlet mall. My first foray into the world of social media made me feel like an intruder, a voyeur into people’s relationships, workplaces, and breakfast tables. Did I know you well enough to have an opinion about your marriage, your parenting, your friendships? No. Did I have a say to share that opinion by earning your trust over time? Also, no. Social media made it easy, though, to type out an entire argument explaining why your relationship was going poorly or why your political stance was just plain wrong.

This push towards inauthentic relationships has been exacerbated and exemplified by the spread of hate through social media. Without the face-to-face interactions that help build empathy among people who hold a different identity or political opinion, it is far easier to paint an entire group with broad brushes and miss the tapestry that makes them human.
Hate speech, misinformation, and harmful rhetoric has increased as we’re all staring into the internet more while isolated within our homes. For two months in mid-2020, I deactivated my social media accounts and focused on the tangible with the earth, old books, Motown records, and countless cookbook recipes.

People used to fade from our lives when their time was up. They moved away to various locations or blurred back into acquaintances after their time in our intimate circle. Each person’s time in your life wasn’t considered a waste or a wash if they weren’t in the same role in ten year’s time. Your childhood friend who played endless weekends of kickball in the street with you and was the fastest runner in your grade faded away to gritty dust and “I wonder where they are now” recollections. Your college professor who accused you of plagiarism and was your first sharp inhale of panic in the face of bias became a bittersweet pang in your chest.

Sure, some people stayed in hazy outlines of their old roles. You looked forward to visiting best friends in different states or countries, caught up with old stories that always seem better than your current ones with glasses of nostalgia, and embraced conversations that stayed the same, whether six months or a decade had passed since you last saw them.
We used to spill blood, sweat, and tear-soaked confessions to get to comfortable friendships that grew with us. Affection was built in a series of conversations and implemented through showing up when shit hit the fan. Boundaries were only taken down when respect was freely given after you proved you wouldn’t run roughshod in the house like the proverbial ‘bull in a tea shop’. Friendship was the burnt food in the kitchen turned take-out for dinner, the ability to walk into the house without knocking, those oft-replayed 2:00AM conversations when everyone was too tired to keep their demons at bay and so sorted them out while sprawled out on the living room floor.

Facebook doesn’t see all of those moments. As much as we try to capture everything around us, it’s an algorithm focused on entertaining us. Presenting ourselves as a brand that self-promotes our witty awareness highlights our unwillingness to live in nuance. This system changes the way we view the grey areas and the way we define comfort by creating in us a fear to be messy. We dare not show the whole adventure for fear people focus on our valleys instead of our peaks. When our friendships become too authentic, too much and too fast, we can use our thumb to back out as quickly as we opted in.
The quantity of social media, though nearing tsunami levels, doesn’t matter as much as the quality. We can still use social media and online forums to build those friendships, wrestle through tough issues, and share our lives without a pseudo-authentic filter. When all we see is a disembodied profile picture with a list of interests, posts of daily thoughts and associated affiliations, and photo albums of hobbies, we think we know everything there is to know about a person. The kicker is we don’t.

We’re not made to wallow in pain or surround ourselves with only the sweet of life. Both punches and kisses make up a full life, and we shouldn’t deny ourselves the virtual opportunity to do either. We weren’t built for the hate. Find the folks who keep you sane in a world full of crazy. (For me, the cynics keep me sane, but you do you, boo.) Whoever reminds you that true community is worth the initial awkward hesitation to knock on their social media doors. Whoever makes that pressure in your chest loosen for just a few hours. Whoever chases beautiful things and asks difficult questions.
Be kind to each other, okay?
Especially on the internet. Black Girl Magic Is A Scam

How to Argue with a Taurus